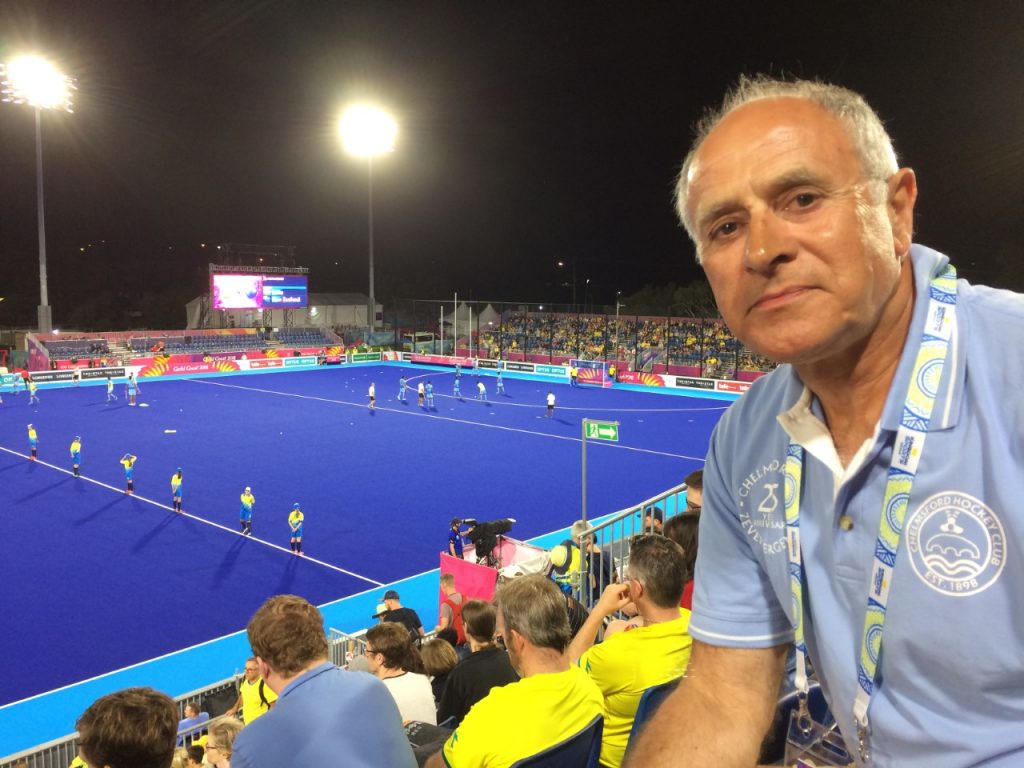 24th September, 1951 to 22nd February, 2020
We are saddened to announce the extremely sad news that our club President, Spencer Wilcox, passed away unexpectedly on Saturday, 22nd February, shortly after leaving the hockey pitch at Indian Gymkhana.  While this has come as a huge shock to everybody that knew Spencer, our thoughts are primarily with Averil, Jonathan, Sarah and the rest of Spencer’s family at this difficult time.
Spencer has been a great servant to the club and has occupied the roles of Secretary, Chairman and President successively, and with great distinction, for the best part of forty years, as well as undertaking many other voluntary roles and tasks around the club, including the management of our recent pitch resurfacing project.  Apart from the loss of a great friend and teammate to many, Spencer’s passing will leave a huge administrative and organisational hole in the club’s infrastructure.
Funeral arrangements will be announced in due course but, in the meantime, the club intends to honour Spencer’s devotion to promoting and supporting the sport of hockey in Chelmsford by ensuring that all training sessions and matches go ahead as planned this week but that all the club’s teams observe a minute’s silence, as a mark of respect, before their respective matches this coming weekend, Saturday, 29th February/Sunday, 1st March.
Kitch
David Kitchiner
Chairman, Chelmsford HC

This website uses cookies to improve your experience while you navigate through the website. Out of these, the cookies that are categorized as necessary are stored on your browser as they are essential for the working of basic functionalities of the website. We also use third-party cookies that help us analyze and understand how you use this website. These cookies will be stored in your browser only with your consent. You also have the option to opt-out of these cookies. But opting out of some of these cookies may affect your browsing experience.
Necessary Always Enabled

Any cookies that may not be particularly necessary for the website to function and is used specifically to collect user personal data via analytics, ads, other embedded contents are termed as non-necessary cookies. It is mandatory to procure user consent prior to running these cookies on your website.